Claudia Chanhoi’s work is based on her personal experience as a heterosexual woman in the modern world dating and her view on female sexuality along with humour and sarcasm.
Behind her colourful cartoon-based images, there is always a simple message or a lighthearted joke. The caption is a very important element to the imagery because she believes a piece of good work is not only visually interesting, but it also needs to serve a purpose.

Chanhoi graduated from London College of Communication in 2013 where she was already strongly focused on the sexual objectification of women. After working as a designer, she returned to her personal practice through her Instagram account. Quickly, the social media platform censored her works showing female body parts even though the style was far from explicit. She then played with the boundaries of the censorship algorithm, adding flying birds or skyscapes into the images, finding these details would keep the post from being deleted. Claudia went on to question societal views of women’s bodies, where sexualization is openly abundant while nudity is taboo.

Her practice became a process of reclaiming ownership of her own sexuality. Lighthearted and playful images with clean lines and candy colours, bare raw empowerment. Over the past 5 years, Claudia has held her solo exhibitions in Miami, London, Tokyo, Hong Kong, Beijing. The artist recognition has brought her the opportunities to work with clients, such as Lush, AMV BBDO, NBC News, CoppaFeel!, HarperCollins Publishers, Jump From Paper, Behind Bars, JAJA Tequila, etc. Her work has also been featured on Creative Review, TimeOut (HK), It's Nice that, Konbini, Galore Magazine, Hunger Magazine, Neocha, to name a few. 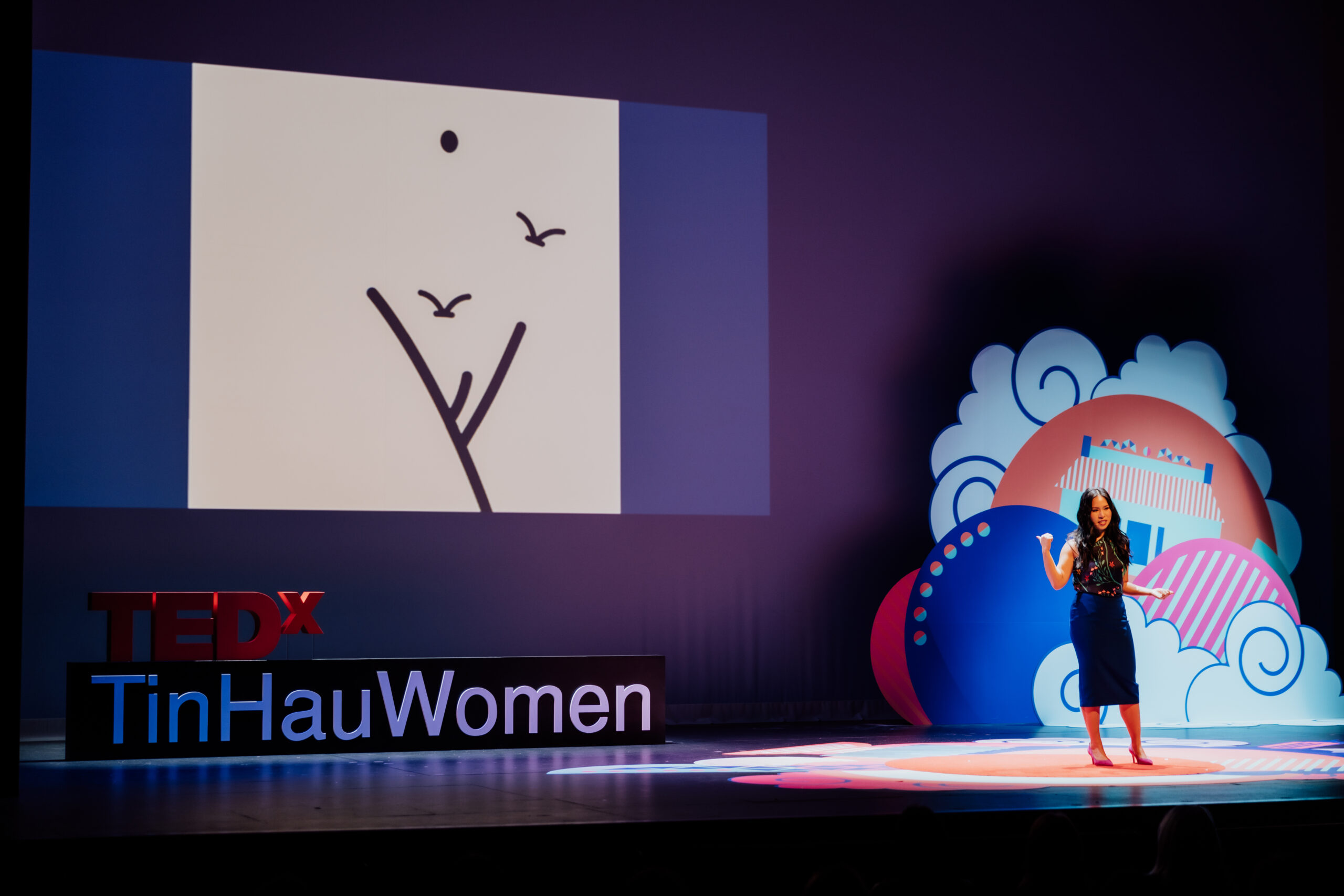 WE CONGRATULATE CLAUDIA CHANHOI ON HER TEDx TALK ABOUT MEDIA CENSORSHIP AND WOMEN'S BODIES. THE RECORDING WILL BE AVAILABLE SOON.