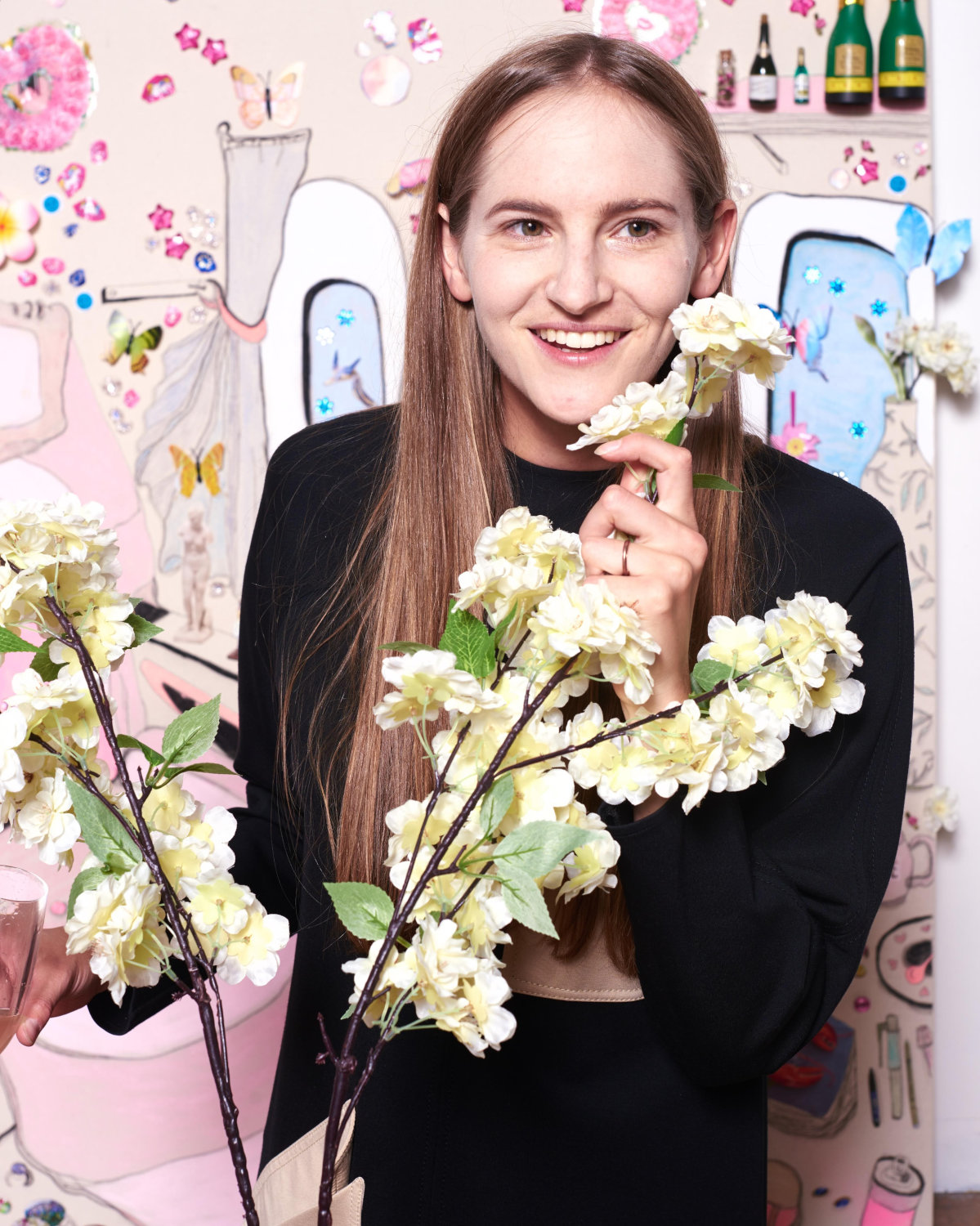 Gretchen Andrewis an internet performance artist, who refers to herself as a "Search Engine Artist", a representative of an art movement based on the manipulation of search engines. Her Vision Boards appeared on the cover of some of the most iconic art and fashion magazines.

Andrew uses her experience as a former computer scientist at Google to artistically process search terms on current topics. Her computer-generated imagery, with its feminine connotations, opposes the male dominance in the field of programming as well as in the politics and the economics. Andrews’s art is daring, thought-provoking and experimental. She defined her own style, establishing her presence on the internet and in the art scene with determination. Her work is inspiring a new generation of new media artists looking at social media with a sense of power and playfulness. Andrew's practice is described by critic Jonathan Griffin in LALA Magazine as alluding to “the Wild West possibilities of the Internet and to the scale of her artistic ambition.”

Gretchen Andrew trained in London with the artist Billy Childish from 2012-2017. In 2018 the V&A Museum released her book Search Engine Art. Starting in 2019 she became known for her vision boards and associated performative internet manipulations of art world institutions of Frieze Los Angeles, The Whitney Biennial, The Turner Prize, and The Cover of Artforum.

Andrew’s work has been featured among others in Flash Art, The Washington Post, Fortune Magazine, CNN, Monopol, Wirtschaftswoche, The Los Angeles Times, The Financial Times. She has exhibited works internationally in museums and galleries, held major solo presentations, and created NFTs tied to her physical art practice.